The Clean Energy Regulator has released data revealing around 4500 small-scale installations boosted Australia to a total of 2,511,094 installations in April, with a total rated output of over 4.8 million kilowatts.

Western Australia had the largest PV system installed in April, at 50kW. 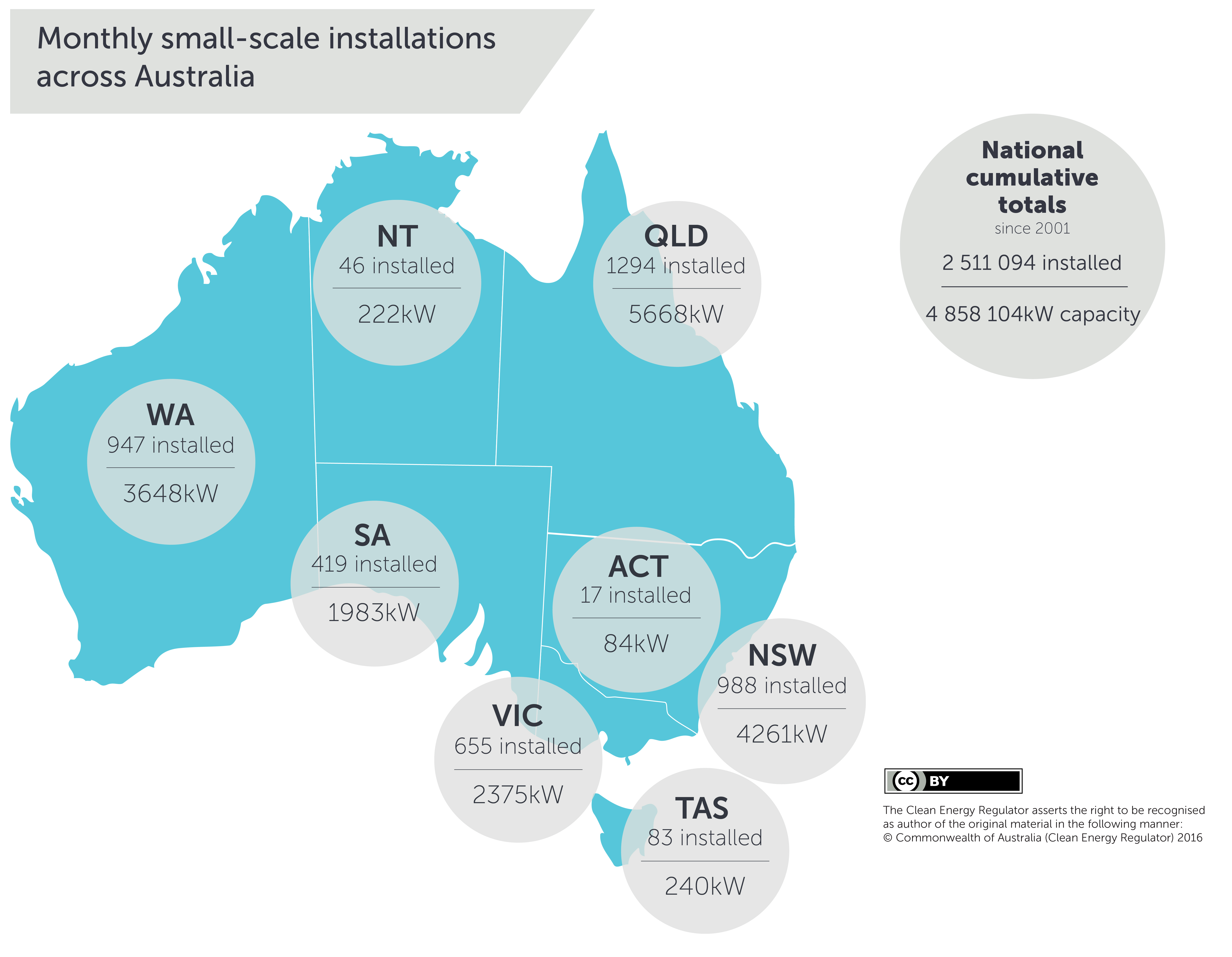 Under the Small-scale Renewable Energy Scheme, eligible small-scale renewable energy systems may be entitled to small-scale technology certificates, which can be sold to recoup a portion of the cost of purchasing and installing the system.

Compulsory new standards are on the way for household energy technologies that connect to the power system - more: https://esdnews.com.au/new-standards-will-help-power-system-handle-more-home-solar/ #esdnews #energy @the_AEMC