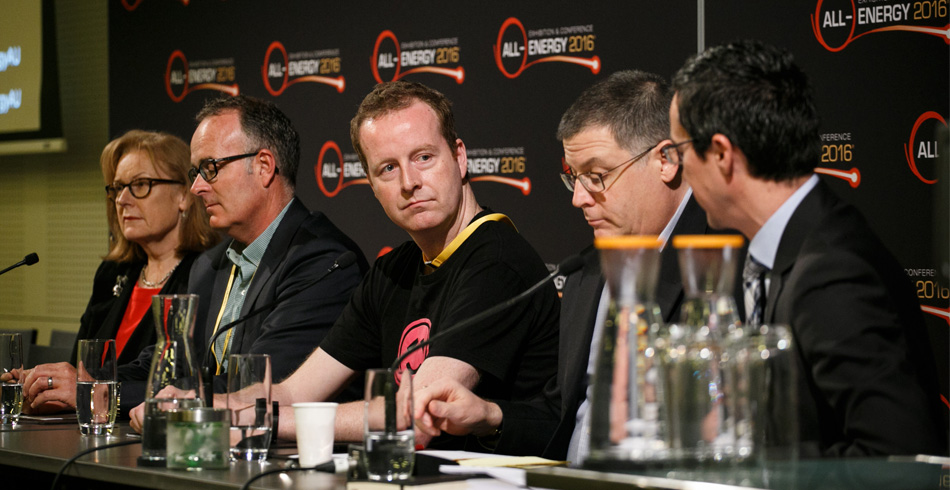 Perhaps the most timely conference for the renewables sector has wrapped up its first day with a solid list of speakers talking about the issues facing the energy sector, including South Australia’s statewide power loss last week.

More than 5800 delegates attended the All-Energy Conference over the two days, up 10 per cent from last year.

Mr Kane’s call was echoed by panellists and other speakers including Energy Networks Association John Bradley.

Mr Bradley called for greater collaboration between governments, and said risks needed to be managed carefully to ensure security, reliability and efficient investment.

“That’s a very reliable system and it can only get there with renewables and distributed resources” Mr Vesey said.

Mr Vesey went on to say technological disruption was confounding the “mental models” of the current generation of policy makers.

Victorian Minister responsible for Energy Lily D’Ambrosio announced $3 million in grants for small businesses to move to transition to renewables.

Ms D’Ambrosio said the grants of up to $9000 would equip more than 1000 small to medium-sized businesses with tools to help them cut costs and improve productivity.

The conference continues this evening and tomorrow.